Linguistically the word Shtetl means a little town. But a little town was by no means a Shtetl. Shtetl could mean only a little town in Eastern Europe, inhabited by Jews, either exclusively or in its majority with all the complexity of their religious, social and political life.

The beginnings of Jewish life in Poland are veiled in mystery subject of legends and folk tales. In the XIII and XIV centuries Polish rulers encouraged immigration from the more developed countries of Western Europe. Many of those who came were Jews, fleeing the persecutions in their countries. Poland at that time was known for its tolerance and openness for other cultures and religions. This tolerance was sponsored often by the royal and noble families employing the better educated and experienced immigrants. A new Jewish legend was created according to which God appeared to the Jews fleeing from Western countries and ordered them "Po - Lin" (there you will rest, settle here). Po-lin in Hebrew means Poland which for eight centuries was a religious and cultural center of Jewish people in the world. In 1264 prince Boleslaw the Pious granted the first deed of rights to the Jews in Poland. This document served as the basis for the legal status of Polish Jewry for the next 500 years. The majority of Jews, especially in Galicia region lived in numerous Shtetls. Casimir in Cracow and many little towns around could be an example.

Shtetl contained all the elements of a community: streets, houses, public buildings, places for trade, for study and for worship. But while each Shtetl was a little town, the opposite cannot be said: that each little town was a Shtetl. To bear this name a town needed to possess an intangible quality, a mixture of religion, philosophy, style of life, sum of beliefs and historical fate, altogether making this place something unique. 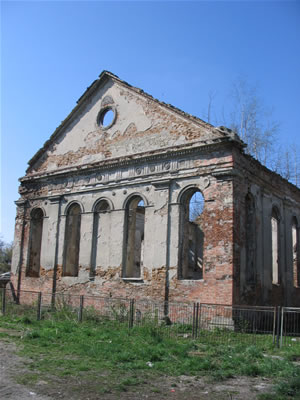 Jewish life in many towns of Galicia was concentrated in the "Jewish Street", an ethnic neighborhood made of wooden houses. There was always a marketplace (yarid) in the center of a Shtetl, with a well in the very middle. Water for inhabitants was brought by carriers who delivered buckets full of water on their shoulders all over the town. Houses of wealthier Jews were situated round the marketplace, sometimes built of brick having balconies or porches. On the ground floor there were windows of shops, groceries and different hardware and soft goods stores with big signs written in Yiddish. Jews brought this language with them from Germany and very soon it became a mixture of German, Hebrew and Polish words. To the writer Schalom Asch even the Vistula river "spoke Yiddish". Hebrew, as a holy language, was reserved for prayers and religious practices.

Whole cultural uniqueness of a Galician Shtetl was made by its inhabitants and their daily occupations, as original as matchmaker, circumciser or matzoh baker. All of them and the spirit of Shtetl perished in the flames of Shoa. Now only the towns, streets and houses remained as silent witnesses of that life. There are many places all over former Galicia, where we can still catch a glimpse of historic greatness of a Shtetl. A synagogue at the town's limits, old marketplace with wooden houses and a bit neglected cemetery with matzevots create all together characteristic landscape for many towns in this region. 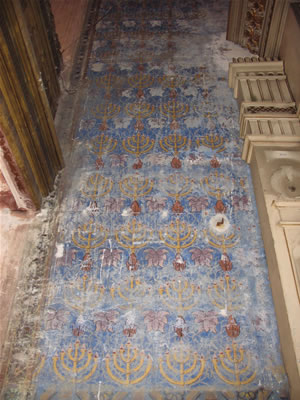