11 STAGES app is ready to be used in school education and planning visits to historical sites.

CEO of Polin Travel is proud to announce to co-author the concept and produce most of the content of the 11 STAGES app. Tomasz Cebulski was also a scientific supervisor of the project.

The app has been developed since 2020 in cooperation with Humanity in Action Polska and Sky Heritage Pictures. The project was supported by the EVZ Foundation.

The app presents the theory of 10 socio-political stages leading to genocide by professor Gregory Stanton complemented with 11 th stage proposed by the co-author of the app, Dr. Tomasz Cebulski. The idea to develop the educational app came as a response to the need of raising awareness of genocides among students. The authors were also responding to the lack of coherent and student-accessible materials to prepare and evaluate school visits to the memorial sites of the Holocaust or other genocides of the XX century.  The teaching methodology of the app abstracts from overusing numbers, statistics, or an abstract history narrative. The authors focused on the biographies of people who during the Second World War did not remain indifferent, stood up for human rights, opposed violence and injustice. Those characters’ stories are narrated at the historic sites and with an explanation of the next stage in the vicious circle of genocide.  The characters depicted are not widely known and the sites are visualized in innovative ways to attract the younger audience. The usage of augmented reality tools engages the students in interaction and offers a better grasp of history as a result.

The app acquired education is to help the students to experience real sites of memory and Museums, evaluate their narrative content as well as to understand the dynamics of contemporary politics.

We believe that 20 minutes devoted to our app in the classroom or on the bus to the Museum will strengthen the message of these places for youth, prepare the ground for the work of an educator and help to process the factually and emotionally difficult material.

Why is the app unique?

It is an education-oriented fusion of:

You can download the 11 STAGES free app available in three languages: Polish, English, and German: 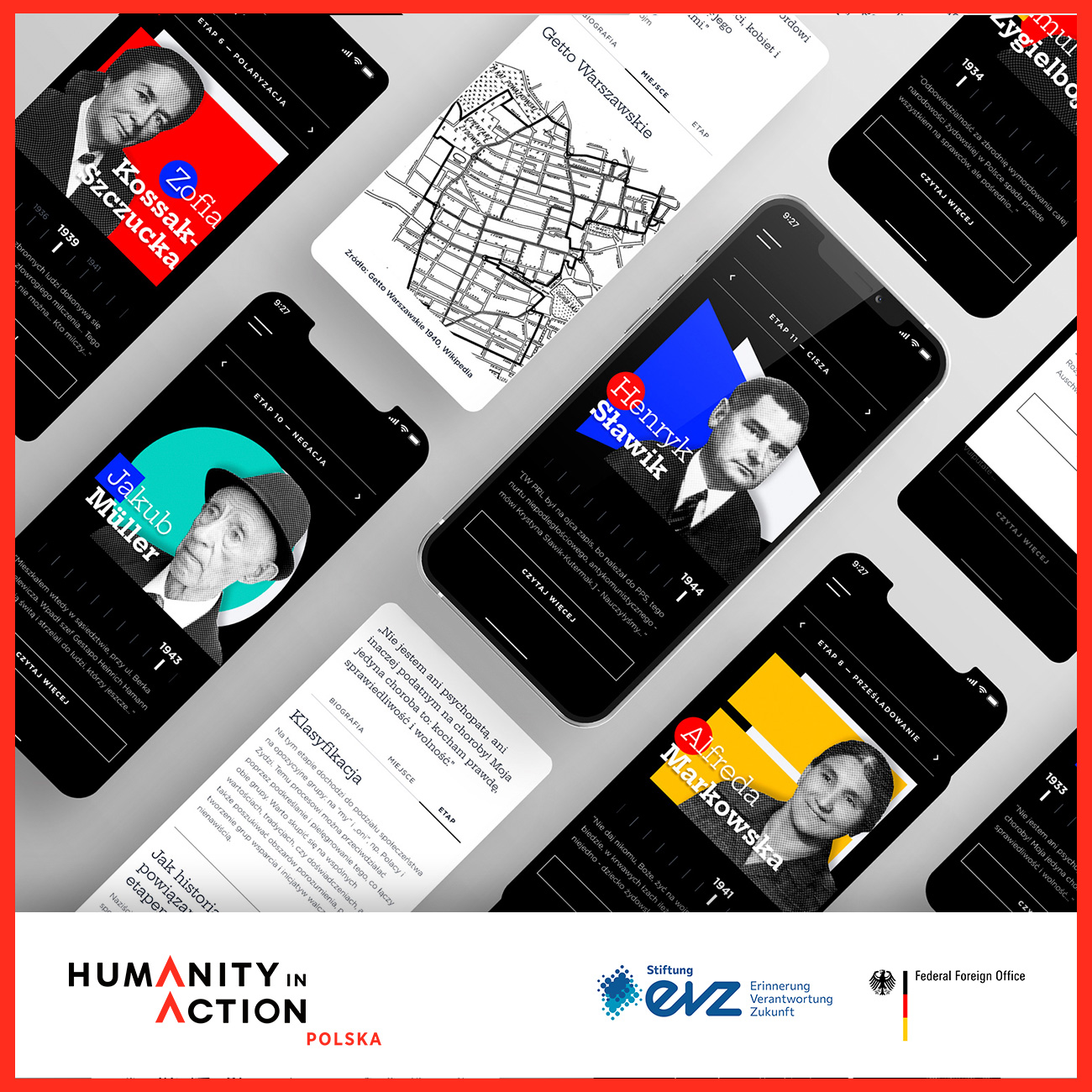