On October 7, 1944, a revolt broke out in the Birkenau camp, organized by prisoners of the so-called Sonderkommando, involved in burning the corpses of people murdered in the gas chambers. The so- called Sonderkommandos were the last circle of the hell of the Nazi extermination camps. 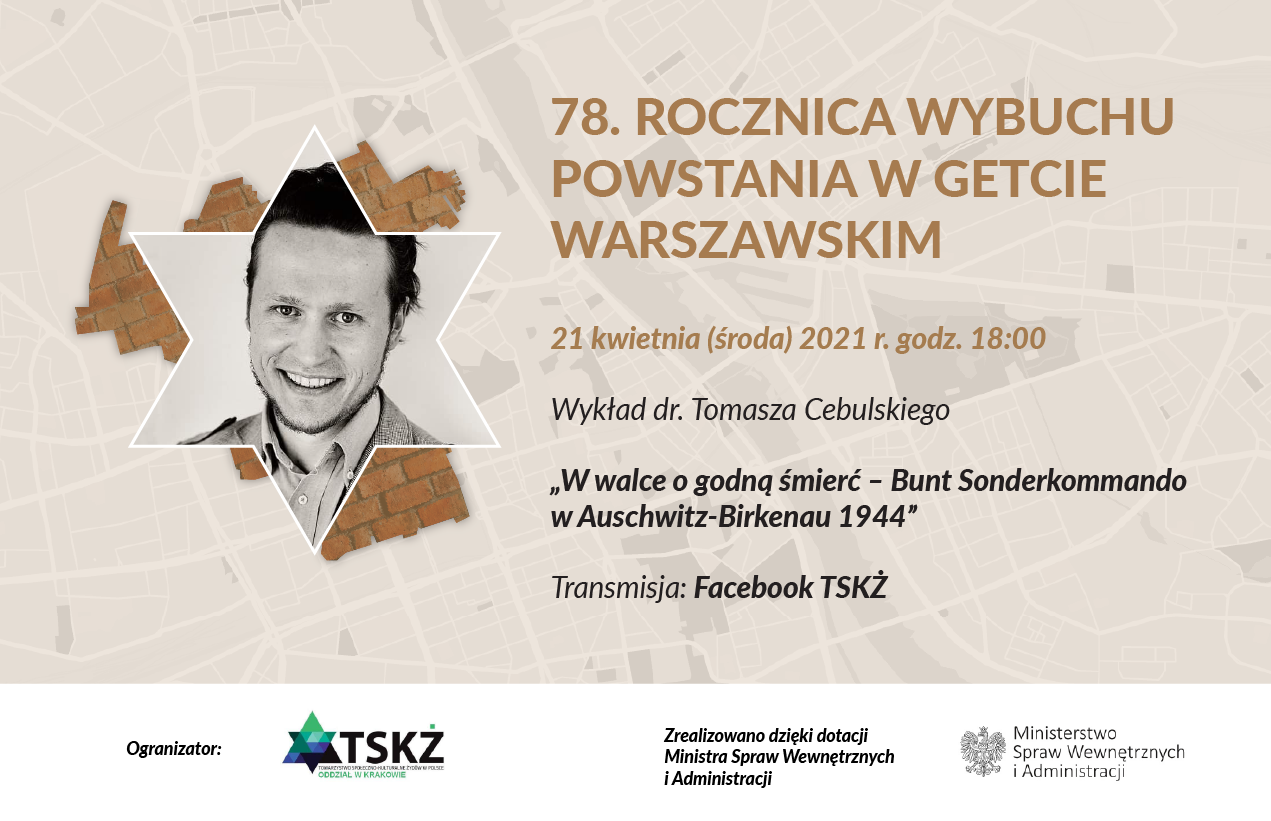 This Wednesday, April 21 at 6 p.m. we invite you to a lecture by Dr. Tomasz Cebulski - "In the fight for a dignified death - the revolt of the Sonderkommando in Auschwitz-Birkenau 1944". Live broadcast on TSKŻ's Facebook dr Tomasz Cebulski - political scientist, genealogist, guide to memorial sites. Author of the book "Auschwitz after Auschwitz" on the politics of remembrance, as well as numerous scientific and popular science texts. Since 2002, he has been managing the genealogical company Polin Travel, and from 2020 a new visual project at memorial sites called Sky Heritage Pictures. Scholarship holder of the Alfred Landecker Foundation, initiator and manager of the Flying Youth University project.