80th Anniversary of the first transport of Polish inmates to KL Auschwitz. On June 14th, 1940 Auschwitz begins to function. 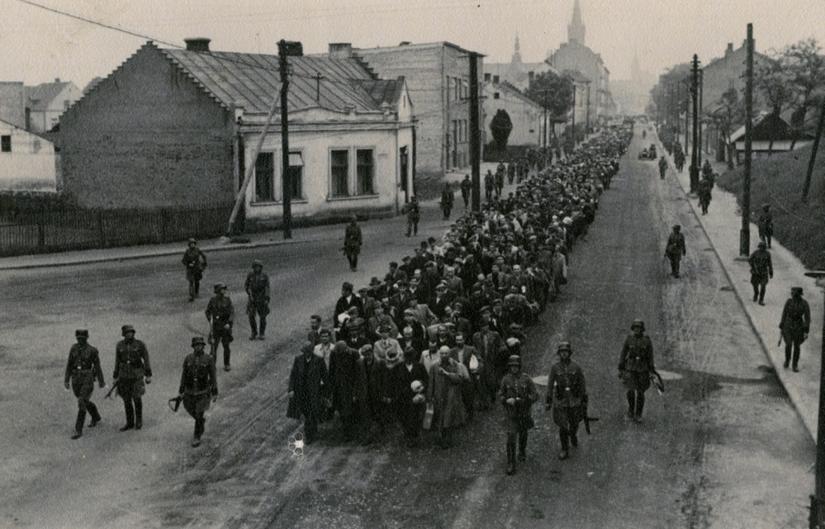 Is there such a thing as rock  bottom in politics? A level below which you cannot possibly go in the fight for power? History has demonstrated many times over just how low you can fall, while dragging into the ideological snares your supporters, themselves addicted to the very vision of power.

Unfortunately, there exists a dangerous line in every single instance of testing such rock bottom. The line of constructing politics on hatred. Often this is the last resort in a political battle aimed at destruction. Once you cross this line, define the enemy and instill fear, society slowly slumps in a vicious circle of hatred, trampling on subsequent ethical, moral and legal norms.

This strategy is strongly engaging emotionally, thus giving quick and lasting political results. Us vs. Them. Rationality, morality, the rule of law, in other words the entire civilizational acquis, the acquisition of which requires education and intellectual effort, get replaced in the blink of an eye by primal and tribal fear, fuelling hatred. The more complex and unclear the reality, blurred in the maze of fake news and lack of factual data, the more susceptible we are to escape into a simple binary understanding of the world based on fear of  the other. Such an unclear world becomes a canvas for political cynicism and the ideological definition of the enemy. Once defined, the world regains its focus, we know who is guilty, and unfortunately the path from a scapegoat to a victim is short. It takes but a few months to go from words to actions in the world of political servilism and careerism.

Up until now, the history of Auschwitz-Birkenau has been the rock bottom of this fall.

And here we are on June 14, 2020, the 80th anniversary of the first transport of Polish political prisoners to Auschwitz. Thus, the 80th anniversary of the establishment of Auschwitz by the German Nazis on the outskirts of the Polish city of Oświęcim, incorporated into the Third Reich in October 1939. 80 years ago technologically advanced humanity, deprived of ethical rationality, morality and the rule of law, under the leadership of German Nazis began the next stage of the search for rock bottom of politics based on hatred. This march had begun earlier and gone through subsequent stages. The cynical stages of gaining and maintaining power. The first was to define the enemy and to verbally strip him of his human attributes. The implantation of language excluding certain groups by using mass propaganda became the tool, and verbal hatred, physical violence as well as polarisation of the society were the results.

80 years ago, these 728 Poles deported to Auschwitz from Tarnów became victims of the language of hatred and victims of fear instigated in Germany. The event, unprecedented in those times, turned out to pass almost unnoticed by the free world. It also turned out to be merely the first step in a long march towards the gas chambers. Its next stages consisted of  social exclusion, stigmatization and visual marking. From December 1, 1939 onwards, Polish Jews were marked with the sign of the Star of David  visible on their clothes. Next came the physical isolation of the Polish intelligentsia in  the emerging concentration camp system and of Polish Jews in the ghettos. The following  stage was the administrative and technological preparation of  tools of control and selective elimination of Poles as well as the total annihilation of the Jewish culture and population in Europe.

Auschwitz-Birkenau, with the entire potential of German technology based on the principles of continuous progress and the best possible practice, evolved from being a tool of control and selective destruction of Poles and other political prisoners  towards the mass murder of European Jews. It may seem that in this way mankind hit rock bottom in a march of which the first note had been  simple, politically oriented hate speech that excluded certain groups from humankind.

Unfortunately, in the name of a continuous, unrestrained vicious circle of ideology and amidst global indifference bordering on tacit consent, the German Nazis crossed the line of mere death in their march to remain in power. The next and seemingly last stage was the mass obliteration of traces of crimes committed. The stage of denial.  Mass exhumation and burning of corpses that could have become countable evidence of committed crimes . Unfortunately, for  the German Nazis the march from altering  the language to mass negation that such crimes happened turned out to be very short: merely 10 years.

The last step in this genocidal march, a step made by global silent witnesses, those shocked, those who did not believe, those who turned their heads away, were forgetfulness and silence. Yes, the deafening silence resulting from the lack of understanding,  from guilt and from shame, is often the only reaction of humanity in the face of genocide. This silence paralyzes the anyway weak judicial system, prevents the survivors from speaking up, and gradually leads to oblivion.  Forgetting history is only one step away from repeating it.  From such repetition in parts, entirety, or even improving this path of genocidal political marches for humankind.

On the eve of the 80th anniversary of the first transport of Polish political prisoners to Auschwitz and the Polish President's visit to the Auschwitz memorial, Polish television broadcast the words of one of the politicians leading in the media. Staff member of the electoral committee of that very president stated:

"[You have to] ... end the discussion about these LGBT abominations." - Let's stop listening to this idiocy about some human rights or some equality. These people are not equal to normal people."

The President speaks today on the rail tracks near Auschwitz about the political cynicism of the German Nazis.

His fascist insinuating opponent screams with anti-Semitic words about the lack of patriotism at the Auschwitz gate.

Political cynicism and historical irony at its best.

For decades, the Auschwitz-Birkenau memorial has had a great natural potential to expose political falsehood in attempts to use it for current politics. Domestic and foreign politicians alike who tried  to gain political traction on genocide have remained at nearly all times powerless and ridiculed. The words of political agitation lurch in the cemetery - like silence and under the influence of Auschwitz always ricochet the author. All these appeals, calls, screams and political gestures always turn into its opposites. Hence, most politicians have long learnt to show a very reserved presence in such places. A presence intended to focus the attention of the public exclusively  on Auschwitz-Birkenau itself and its history. Most, however, do not equal everyone.

Fortunately, they keep on learning.