GUIDING AND TOURISM IN THE TIMES OF PANDEMICS OF CORONAVIRUS AND COVID-19. 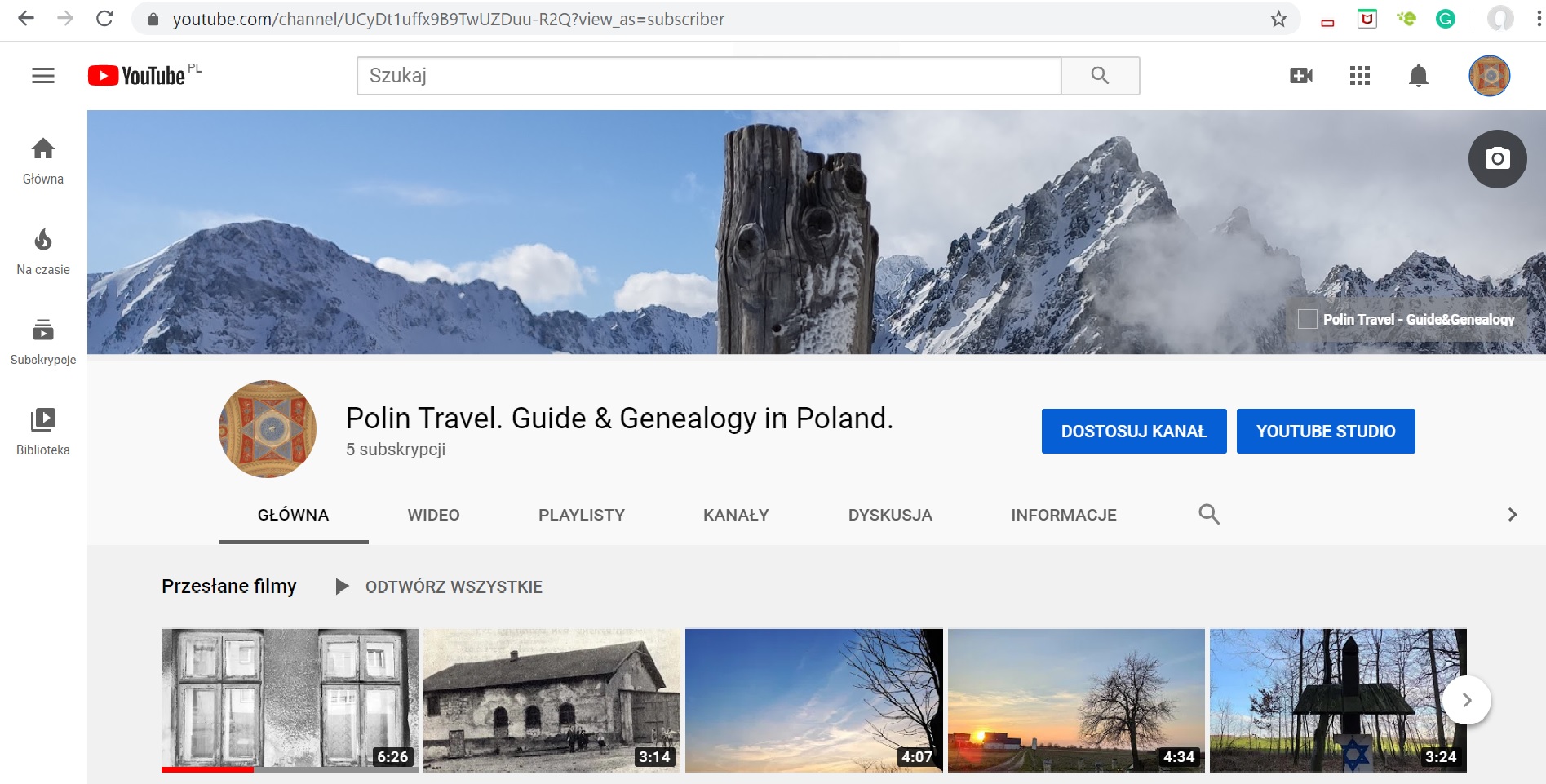 One of the things I am addicted to is talking and interpreting the historical sites, specifically Jewish Heritage sites. The coronavirus is not going to stop me. The Coronavirus made me go on-line and start the YouTube channel on history, genealogy and guiding. You are more than welcome to:

The first film connects the Jewish sites in Poland with global pandemics and gives hope for fast recuperation.

Plagues and pandemics do happen. We just forget that they do. In our XX-XXI centuries lives we put all our trust in modern research-based medicine following the best possible practices to keep us secure and healthy. At times, the system has to say that it has no more answers or possible treatments but such situations we know only to be individual and personal dramas, never collective pandemics.

The Coronavirus we have now, which causes COVID 2019 is just the next recurrence of a viral illness.

The last known massive flu pandemic was Spanish influenza in 1918-1920. The estimates are 500 million people around the world infected that made 27 % of the global population, even in the Arctic and remote Pacific islands. The mortality was anything between 17 and 100 million in total. The spread was largely hastened globally with the WW I army troops' movements.

Cholera reappeared 7 times in the last 200 years taking a massive death toll. The last one in 1961 originated in Indonesia. More recently due to wars and humanitarian crises we had an outbreak in South America in 1991-1994 and Yemen 2017-2020.

This was the last European cholera pandemic.

It was an inspiration for scientific explorations and breakthroughs of Robert Koch who first explained the theory of germs causing diseases. This epidemic was immortalized in the writings of Gabriel Garcia Marquez – “Love in the Time of Cholera” and Mark Twain who visited Hamburg in 1892. He notices that the general lack of awareness and media coverage contributes to the death toll. He writes “snatched from their homes to the pest houses", where "a good many of them ... die unknown and are buried so".
Twain concludes alarmingly about almost complete global ignorance of this outbreak and the lack of awareness in America.

This is the film of two cemeteries hidden in the forest next to the city of Skala, some 10 miles north of Cracow in Poland. One of those Christian the other Jewish. Both of them were established in 1896 at a distance of two miles from the city to bury the local cholera victims. Yes, epidemics and pandemics happen, they happen recurrently. And then they go away. Try to think more about the post-pandemic reality and how to make it better and more secure.