Three years ago Cracow as shaken with news about the MEZCAL Music Club opened in the Beit Midrash Hevra Tehilim in Kraków. The building dates to 1896 and was housing a large synagogue in the ground flor. The walls are still covered with frescoes, floral ornaments, Jerusalem panorama and mythical creatures as well as Hebrew inscriptions. Three years ago against the religious frescoes and quotations glass shelves were installed proudly showing colorful alcohols and liqueurs. The past religious greatness of Cracow Jewish community was then distorted with opaque alcohol bottles. The only way to see that beauty on the walls was ironically to drink, a rather risky historical exploration method. The building stands proudly at the intersection of Corpus Cristi (Corpses of Christ) and Rabbi Meisels streets, my favorite Cracow address for its schizophrenia.

For the last few months MEZCAL became history. I hope the gravity of the address did away with this loud establishment.

Now major restoration works are underway. As for now restoration to the building as such not to its historical significance and frescoes. The question remains what next?

Rumor has it that one of the Kazimierz cafeteria / clubs will move it and adapt the space.

I am all for making this magnificent space broadly available if only done with respect, care and adding new meaning and understanding to this important historical space.

A good research of what was Beit Midrash Hevra Tehilim for close to 40 years before WW II is lacking. 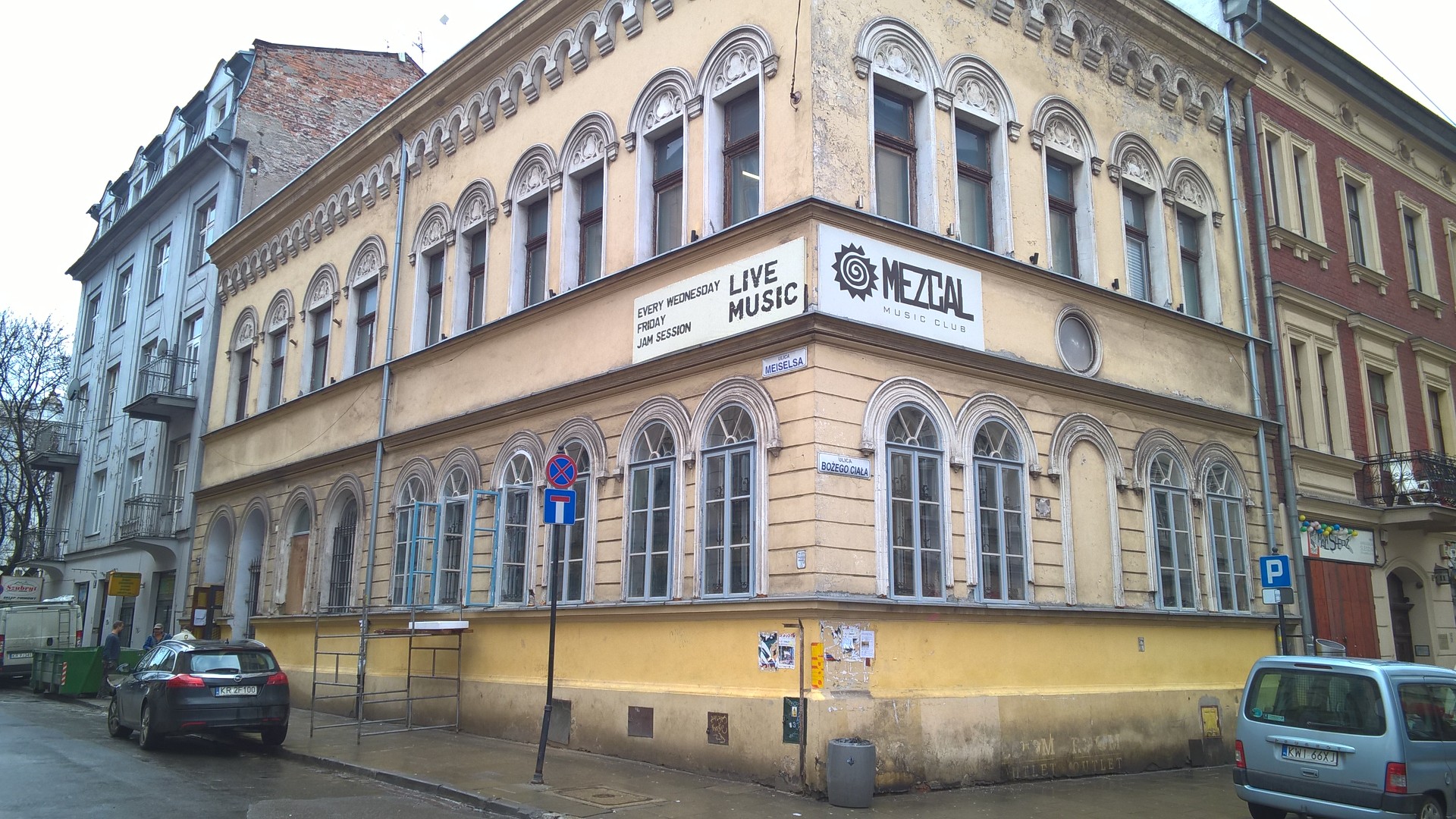 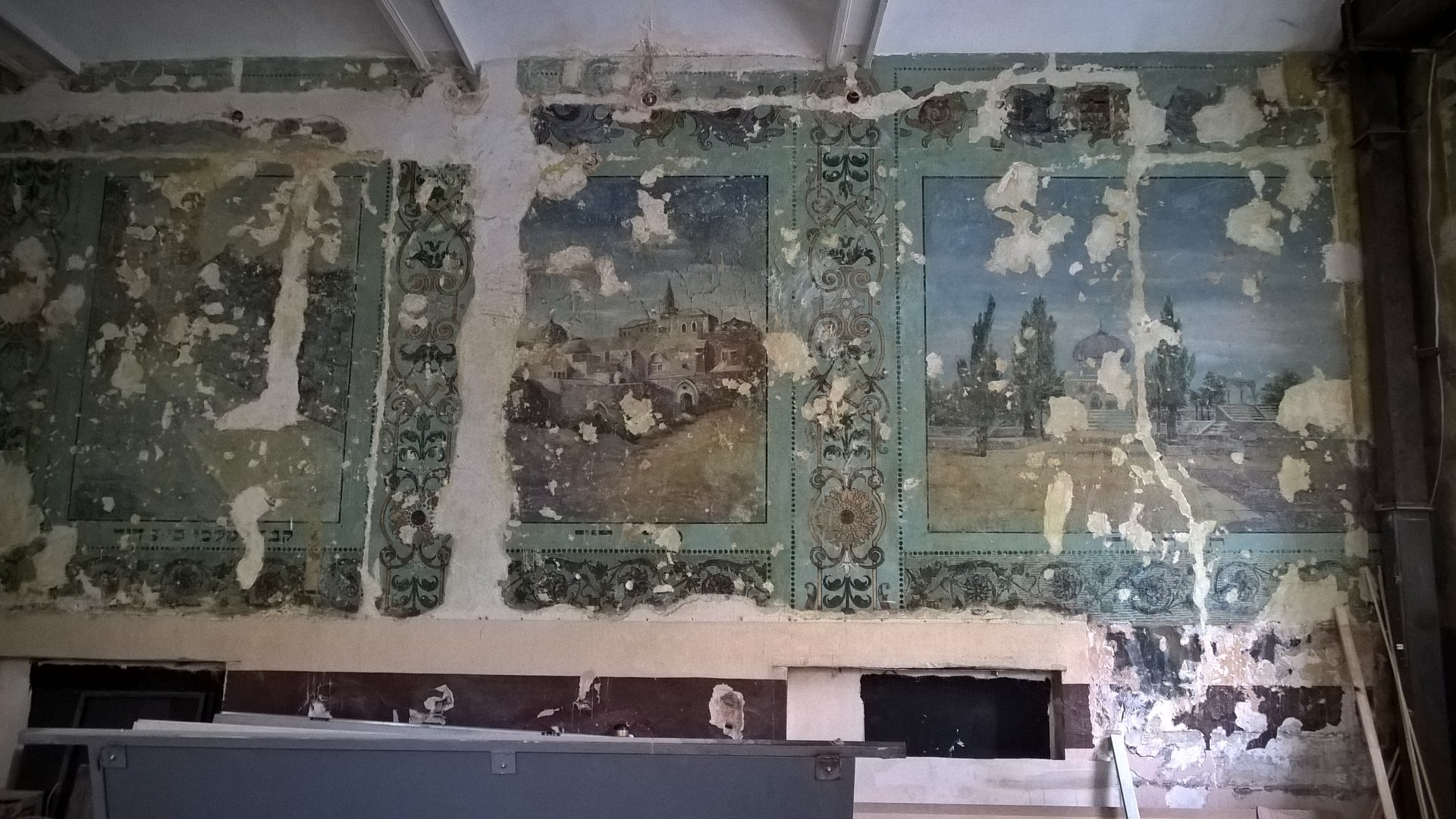 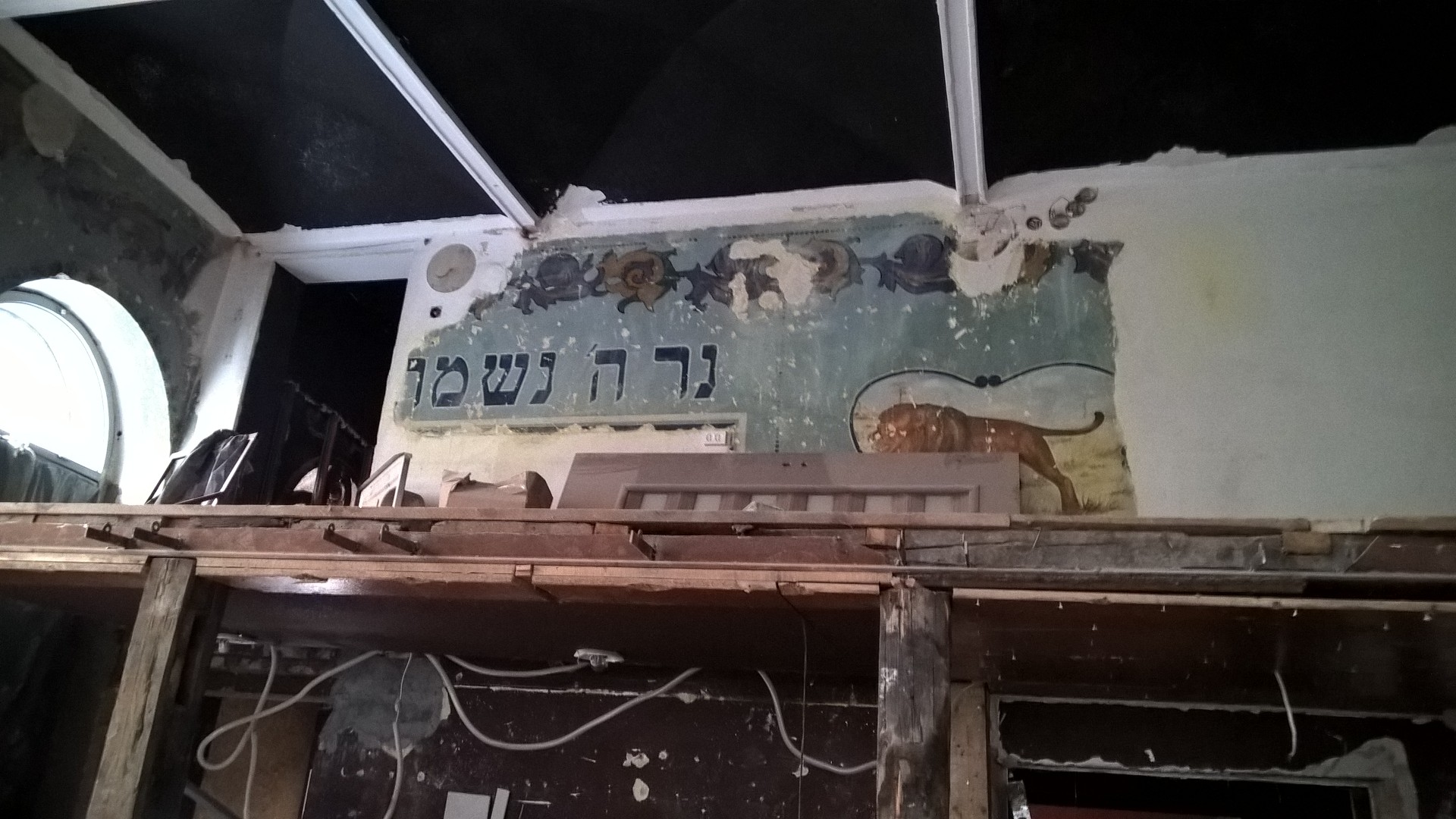